The other day, someone told me that “I had to choose.” Baloney! Ticked me off that my choice – my choosing – was more about 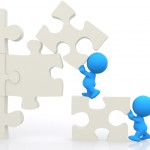 his needs than mine.

Well, today, I found out about choosing otherwise. I could and should choose for myself. But, if it’s for me, I want a voice for my choice, some impact for my fact, precision for my decision.  This is a deal that made me squeal.

Some NF1 hotshot has been tooting his horn, proposing – almost imposing – the idea that some drug could change my NF1 bumps.  He said the drug slows my bumps and maybe even keep ‘em from happening’. Slow my bumps – go from a speed bump to a slow bump.

He called it ketotifen. (Rhymes with “three potted ten.”) He said my bumps would “slow down.”  They’d be fewer, less obvious and, for some, less likely to become cancer: stagnant, not malignant.

But, it ain’t caught on yet and one glitch is that ketotifen is not available in the U.S. Yeah, but first I need to decide whether this bump-changer makes sense – both in general and for me specifically.

He says it’s been around for over 30 years and that no one has yet discounted or contradicted its effect as a bump stumper.  So! It seems to work, there are no major side effects and it’s very inexpensive.  What’ve I got to lose?

On another level – whose choice is it? Do I wait for my doctor to choose to discuss this opportunity with me? Or, do I choose to pursue the matter by flipping it around, introducing it to my doctors in the first place?

I think I like the “flip” choice.  Not only might the ketotifen help me, but, the doc might then be able to consider its use for other Nifties.